After spending two nights in Kathmandu, my third day in Nepal was for getting to Bardia National Park in the Western part of Nepal. I chose to go to Bardia because it is not on the normal tourist track because of its remote location. It takes 15 hours by bus to get there and so I had chosen what I thought would be the simple and quick way to get there, by plane. After leaving my guest house around 7 a.m. for my 55 minute flight to Nepalgunj at 8:45, I didn’t arrive at my lodge in Bardia until 5 p.m. that evening. My quick trip turned into a full day, but resulted in some decent pictures. After a 1 hour and 15 minute delay, my rickety plane took off towards Nepalgunj. With a view like this from my window, there were no complaints about the delay. After getting into the Nepulgunj airport it was off to the bus station to catch the bus to Ambasa. After trying 4 ATMs and finding out that my bank apparently hadn’t understood when I told them I was headed to Nepal, I got onto my first Nepali bus. Luckily Pete, a guy from New Zealand was there to help me out.

After about an hour on the bus we made a stop to pick up some more people, there were several families selling various foods along the side of the road where we had stopped. As the stop continued the children started getting excited about the foreigners with cameras. So excited in fact that they got on the bus with us while we continued to pick up passengers. The stop ended up lasting around 40 minutes and by the time we left the bus was completely packed with people. After another couple hours on the bus, two jeep rides, and a short walk later I finally arrived at Wild Trak Adventure. I set my stuff down in my room and one of the owners, John, took me down to the elephant center a couple minutes down the road to watch the sunset. The breeding center just on the boarder of the national park houses about 6 elephants in total. The adults are ridden into the jungle by their special riders in order to get to areas of the jungle that are not accessible by foot or vehicle in order to prevent poaching, take surveys, to do research, etc. The elephants spend most of the day in the national park, but are brought back to the center at night. The center does not breed elephants, but wild elephants come to the center and breed with the elephants. The elephants born at the center will unfortunately grow up to do the same as their mothers. Yet Nepal is well known for the treatment of their elephants. They do not treat them simply as tourist attractions, the elephants are treated way better than other countries in Asia. 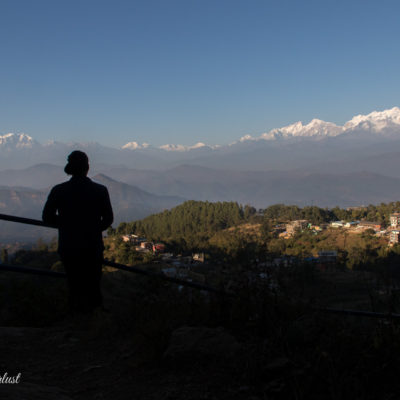 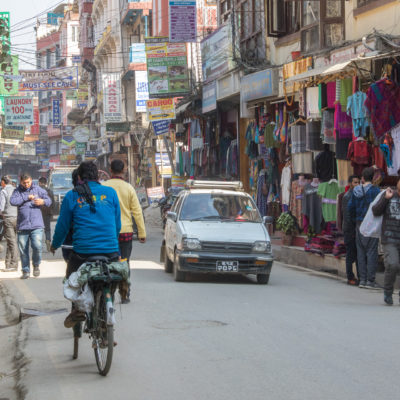 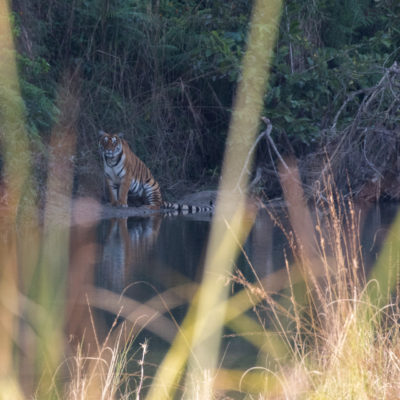