After leaving Japan it was on to the Philippines. It was my first time to the country and I didn’t really know much about it before I went. I stumbled around the internet looking for places to go and things to see. Eventually I decided that my first stop would be Palawan, an island in the Western part of the Philippines. It was here I would start in Puerto Princesa and work my way up to El Nido and eventually to Coron. Upon getting into Puerto Princesa I had a place booked for a couple nights, but no plans on what to do. My first night, while sitting at the hostel bar, the bartender recommended that I go to Iwahig Prison and Penal Farm. I was slightly surprised that they recommended a prison visit, but I decided to check it out anyways. My trike for the day. I was picked up at 9:30 in the morning and we started out on our 40-ish minute ride to the prison. We had to stop to get some cigarettes for the prisoners we were going to talk to. The entrance to the 14,000+ hectare prison. Unlike any prison in the USA, there are not massive walls surrounding the complex and the prisoners participate in vocational activities. Some of the farm land inside of the prison. Prisoners can choose from various vocational activities including but not limited to farming, fishing, forestry, and carpentry.

My main stop for the day was in the visitor center. An old building from the American Occupation in the early 1900’s, now used as a reception area for visitors. The building was originally an entertainment area with a stage that is now falling apart. When you first enter the visitor building the prisoners that are there will perform a dance. They know dances to over 20 songs, so if you stay for a while you will get to see several different dances. My main plan for the day was to visit this man, whose name I’ll leave out. Twenty years ago his family was murdered by two men that broke into his home, he was shot in the shoulder but survived. A year later he tracked down the two men and killed them. He turned himself in and received a life sentence. He was moved from high security to medium security on good behavior, and has recently had his sentence reduced to 22 years. I spent almost an hour listening to his story and talking to other inmates as well. The guys I spent most of my time with. Three are in for murder, one for dealing drugs, and one for stealing cars. Most people who visit the prison come on a tour and only stay for the dance and to buy some trinkets. I didn’t come via tour so I had more time to spend with the inmates. They loved having their pictures taken and were excited that I’d be putting them on my website. Showing off their tattoos. Time for another dance. You can see products in the background that the inmates sell in order to raise money to buy more food. They also take donations for dancing.

Looking out the window of the visitor center you’d never know you were in a prison. The medium security compound where the inmates must return to every evening at 17:00. Unlike prisons in the USA where cells tend to hold two to four inmates here 500 inmates share one large cell. The maximum security compound. I tried to get inside the first gate to take a picture but they wouldn’t let me, so I stood outside.

Just like the old saying, don’t judge a book by it’s cover, don’t judge a person based on something they’ve done in their past. We all change as we make our way through this crazy thing we call life. We all have our ups and downs, some of us go through things that can make us do terrible things, but that doesn’t mean we will forever be a terrible person. Forgive someone today for something they have done in the past and we’ll all learn a little more humility and love. 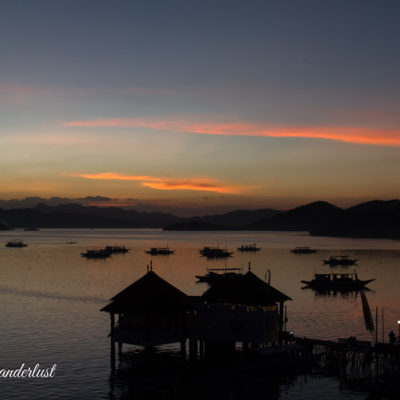 After a couple days in El Nido I was excited for my next stop; Coron. The town of Coron, located on Busuanga island is at the northern tip of Palawan, known for its diving, hot springs, and beautiful views. I was headed to Coron with the intent of spending a couple days diving the Japanese wrecks from World War II and visiting some of the surrounding islands.   ISO 100  f/11  1/200 The town of Coron is slightly larger than El Nido, but it had more of a local feel to it.   ISO 100  f/11  1/320 I wandered to this beautiful park thinking that it had been abandoned. Later that day I realized that people go there in the ...
Philippines April 15, 2017
April 15, 2017 ● Philippines
READ MORE 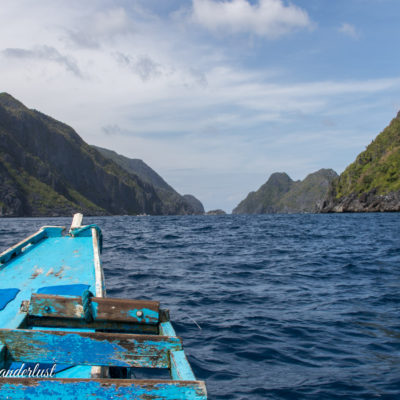 After going to prison and really enjoying my time, I was excited for what else I would find on Palawan. I booked a tour for the next day to go to the Puerto Princesa Subterranean River National Park, one of the New 7 Wonders of the World. I would spend the morning exploring the river before taking a long bus ride up to El Nido. Unfortunately, although the Underground River was quite beautiful, it was not very ideal for taking pictures. The following are pictures from my time in El Nido.   ISO 250  f/7.1  1/3200 Okay I lied, this is the one decent picture I have from the beach near the underground river.   ISO 200  f ...
Philippines April 13, 2017
April 13, 2017 ● Philippines
READ MORE